Suite supplied by Ben the plumber 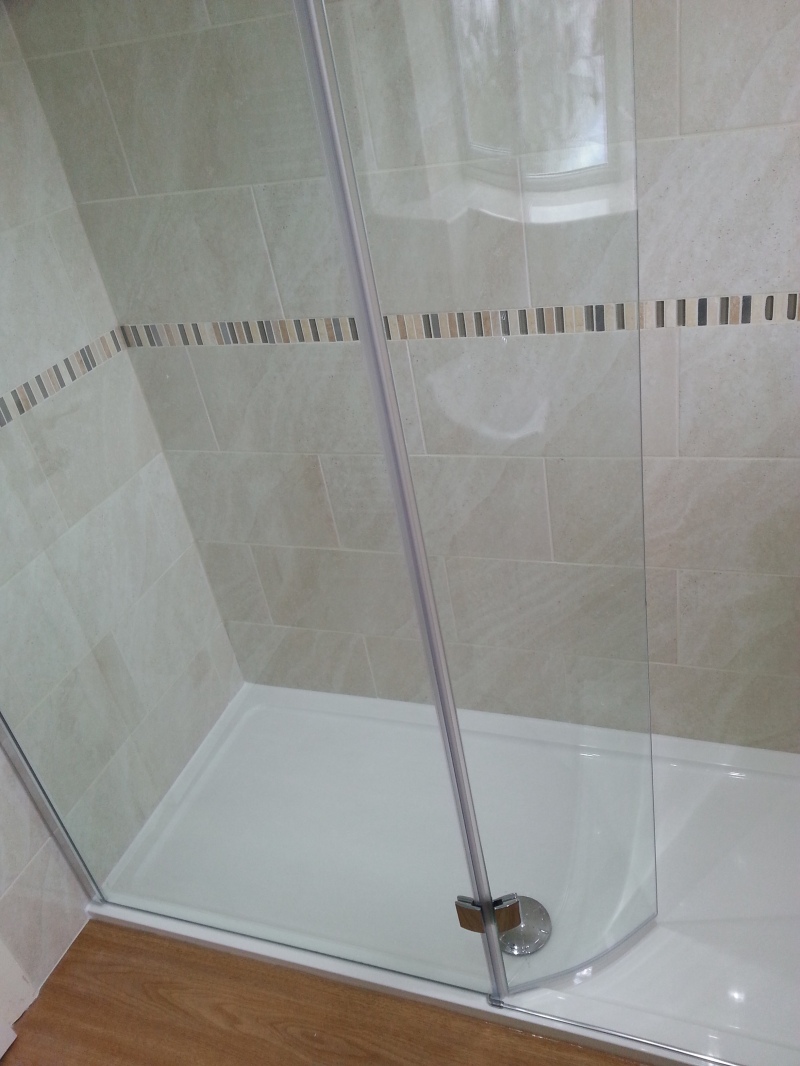 The bath was replaced with a full length (1700 x 700) shower tray. A fixed screen with curved return was used along with chrome drip strip on the tray edge to ensure no water escapes from the shower area.

The concealed shower valve was placed at the walk in end of the shower so that it can be turned on before entering the shower.

The light fitting was replaced with chrome finish LED downlights.

PVC gloss white ceiling panels with chrome infill worked well on this ceiling with an angle at the side. 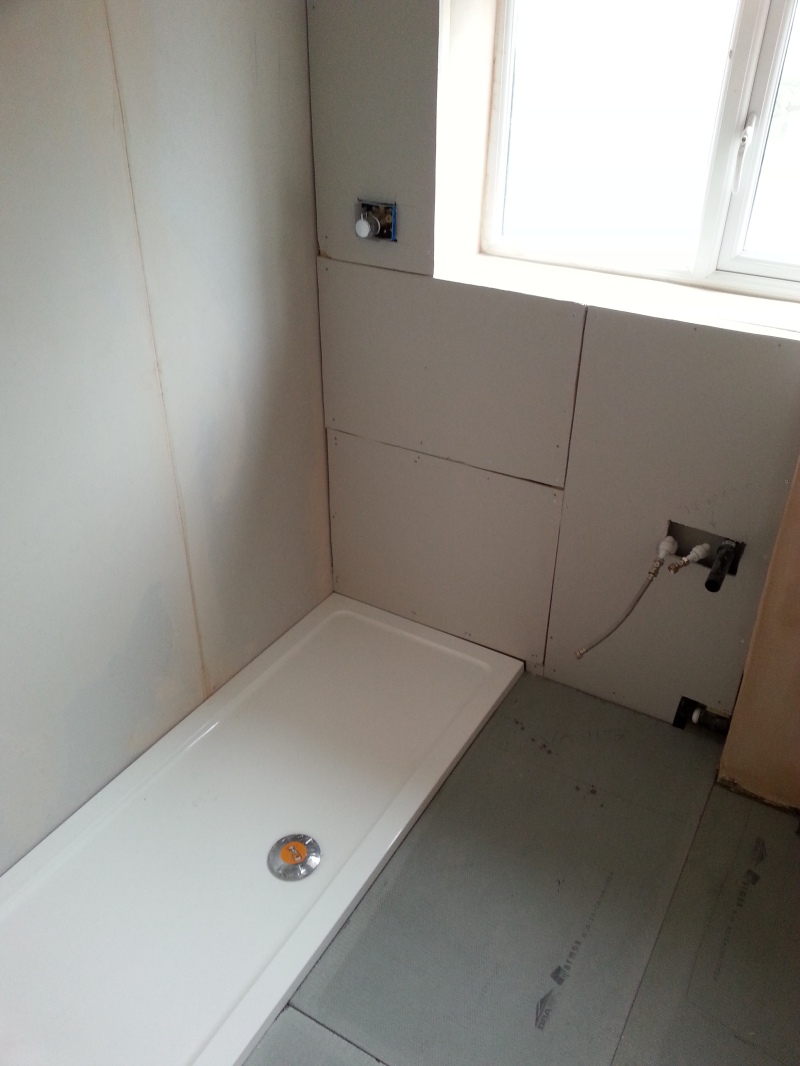 The window wall was built out here by a couple of inches to house the concealed shower valve and also so that there was no gap to be filled at the end of the shower tray.